This article was written by Hieu Nguyen, Technical Artist at NMY.

Since the beginning of the video game industry, many people have dreamed of completely immersing themselves in a virtual world. What started out as a cool "wow" feature in 80s movies developed into a deep longing among consumers.

A desire that is more than just sitting in front of a screen and marveling at it as a spectator but standing right in the middle of these worlds and experiencing everything directly in the first person, up close. Propelled by these visions, digital corporations around the world are pushing forward into this field of digital worlds, driving development, and allowing us to immerse ourselves in virtual worlds in a way we could only imagine before.

Meta and the Metaverses

At the end of October 2021, Meta, formerly Facebook, also announced the expansion of its core business into the so-called "Metaverse", the interface between the real and virtual worlds, as part of its rebranding. While this expansion is not a new idea, it is causing plenty of buzz on the Internet given the size of the Meta Group. An atmosphere of discovery and gold digging is unfolding around the Metaverse.

The idea of a metaverse has existed since the early 1990s. First used by the author Neal Stephenson in his novel Snow Crash, the term directly provided a definition:

﻿﻿The Metaverse is a vast, immersive virtual world simultaneously accessible by millions of users through VR and other devices, highly customizable avatars and powerful experience creation tools. It is integrated with the real world economy and compatible with external technology.

A more recent example is the story "Ready Player One," in which people can meet, share, and interact with each other in the social VR world Oasis. 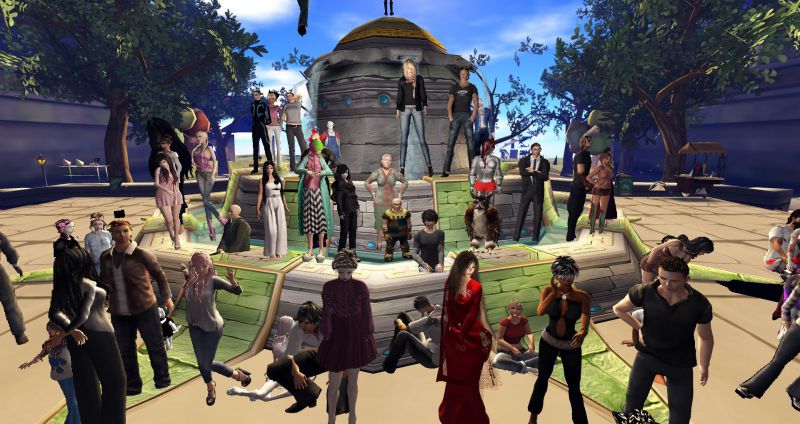 "Second Life" and "IMVU" already existed before the Metaverse hype.

A more recent example is the story "Ready Player One," in which people can meet, share, and interact with each other in the social VR world Oasis.

The first ambitious steps in this direction have been taken since around the turn of the millennium. Well-known platforms such as "Second Life" and "IMVU" were, in a sense, the forerunners of what we are now to experience on a very large scale. These platforms can also be called metaverses because the term was not invented by Meta, as described above. 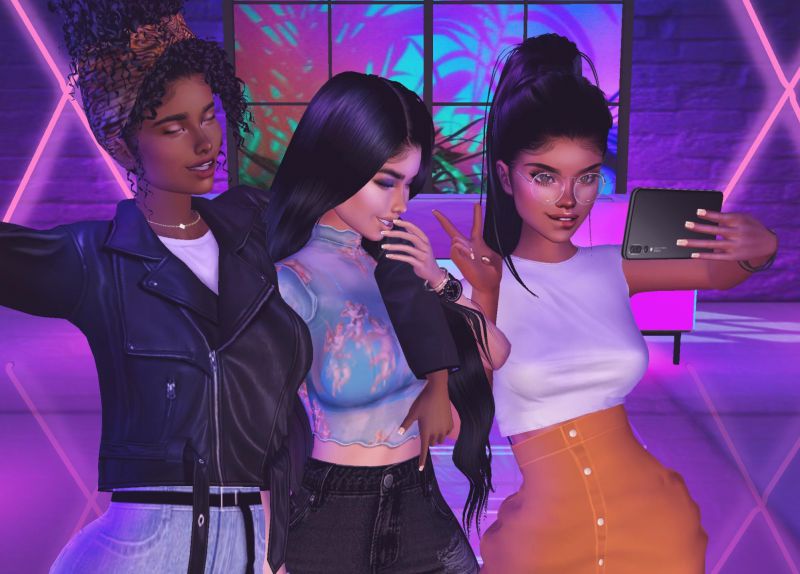 However, Meta wants to go one step further and bring virtually all of life into the Metaverse: meetings, events, trade or simply hanging out together - all of this is to be possible in the Metaverse. In Meta's "Horizon Worlds," people meet as avatars - first in VR, later also via smartphone. Other metaverses like "The Sandbox" and "Decentraland" also offer their own avatars.

To a certain extent, Meta's vision of the future is already a reality. Various metaverses already exist in which users can, for example, purchase and design virtual properties, exhibit art paintings or give concerts. Private individuals and companies are interested in presenting themselves in these metaverses, for example to attract fans or customers. Meta itself launched its own metaverse project, Horizon Worlds, in the USA and Canada at the end of 2021.

The number of Metaverses is still manageable and the rush in the fast-growing community is correspondingly large and expanding. Particularly due to the very aggressive pricing policy of Meta regarding their VR glasses and the announcement on the topic of Metaverses, the interest is high. The need for customizability of one's personal avatar is thus given - and here the different providers approach it with very different methods. While some take a more realistic approach, others give their avatars a more playful look. Others want to make a clear distinction between real people and virtual characters and resort to basic humanoid figures, such as robots or generic sci-fi characters. Providers also mix these elements and alienate approaches completely. The possibilities of avatar representation are correspondingly diverse and ultimately a style decision.

Realistic vs. Cartoon vs. Stylized

Avatars can be categorised into three types. spatial.io uses a more realistic approach, a photo of the user is projected onto an avatar and used to interact.

A realistic avatar offers many customization options so that you can get as close as possible to your own appearance. Especially in a professional environment, where a certain credibility of the user plays a role, an avatar with realistic features is often the first choice. However, the realistic look also brings problems with it: The so-called "Uncanny Valley" describes an effect in which an artificial avatar wants to look as real as possible, but only almost reaches this point - which in turn makes it look more unbelievable or even uncanny.

Hardware limits play a role here, as do limited options for creating a realistic avatar with little effort. A common method is to take a webcam photo of the user and project it onto a generic avatar.

It does serve its purpose, the avatar is recognizable as a person, but the very simple presentation quickly breaks with the hoped-for realism. In addition, the avatars can only hover due to the lack of tracking elements on the legs and face, and the facial expressions look relatively rigid. ReadyPlayerMe uses a cartoony approach, but uses a user photo as a base.

A cartoon avatar doesn't have the Uncanny Valley problem because it doesn't even try to copy reality. Nevertheless, it offers many options for individual design. For example, characteristic features of a user can be transferred to the cartoon avatar based on a photo - as the app ReadyPlayerMe already does, for example. Or you can design your own avatar using a character creator, as is done in "The Sims," for example. Ultimately, the result is an avatar that has a consistent style similar to the other avatars and is not dependent on external factors such as the lighting and the quality of the user's webcam.

The cartoon style understandably doesn't appeal to everyone - a playful look in a professional setting, especially when presenting or pitching a realistic product, can put people off or make presenters seem less credible. Also, like realistic avatars, comic avatars have no legs and limited mimics. Sci-fi figures and abstracted humanoids are clearly virtual, Nvidia's Holodeck uses rather impersonal floating robots for user interaction in the business environment of the "Omniverse".

Stylized avatars are the avatars that do not clearly fit into the previous two categories.

They still have humanoid features through which they establish a relationship with the user - for example, robots, sci-fi figures, holograms and low-poly avatars that appear less individual but more consistent in themselves. However, the relatively generic avatars make virtual meetings seem more impersonal. Particularly in social interaction between people, the style is rather off-putting because a point of reference is missing, such as the (virtual) face of another person. A certain degree of individualization is possible via accessories, items of clothing or colors. But in the end, this does not come close to the unmistakable faces of realistic avatars or comic avatars.

Of course, there are still limitations to virtual worlds. The following points stand out in particular:

Avatars in the Metaverse: What the future might bring

At the XR developer conference Connect 2021, Meta released information about "Project Cambria", a next-generation pair of VR glasses. The device is expected to be a bit more expensive and is aimed more at VR enthusiasts and developers. Cambria is intended to give professionals a taste of future possibilities and the opportunity for initial experimentation.

Among the new features are those that are important for the realistic representation of avatars. Inward-facing cameras for the face and eyes, for example, can transmit eye movements and facial expressions to the avatar in real time. This adds enormously to the credibility of avatars and to the nature of virtual communication in general.

Meta Quest 2's hand tracking will further enhance Cambria to strengthen communication through gestures. The most exciting aspect about Cambria is that the many technical innovations and improvements could possibly be incorporated into Meta Quest 3, which is the next mainstream game. Better technology and more advanced avatars would make the Metaverse more interesting to more people. Social interaction in virtual space would be more authentic than ever.